02 November 2020, Islamabad - The United Nations Office on Drugs and Crime (UNODC), under the framework of the Global Action to Prevent and Address Trafficking in Persons and the Smuggling of Migrants in Asia and the Middle East (GLO.ACT – Asia and the Middle East), is organizing from 2 to 6 November 2020 a special training for 25 female law enforcement officers on investigative techniques related to Trafficking in Persons (TIP) and the Smuggling of Migrants (SOM) at the Ramada Hotel Islamabad, Pakistan.

GLO.ACT-Asia and the Middle East is a four year joint initiative by the European Union (EU) and UNODC implemented in partnership with the International Organization for Migration (IOM) in four countries in the region of Asia and Middle East, including Pakistan. The project reaffirms that combating human trafficking and migrant smuggling is of the highest importance for the EU and the United Nations as a whole.

Welcoming the participants, Jeremy Milsom, Representative, UNODC Pakistan said “As a woman who is raising a family while pursuing a career you face the challenge of doing two full-time jobs at once. Yet your positions as law enforcement officers place additional burdens on you at work and at home, requiring you to intervene, console, and protect other families while also maintaining peace within your community. We deeply admire the dedication, skills and enthusiasm you bring to both these tasks.”

Wajid Zia, Director General FIA, in his opening remarks, while thanking UNODC and EU said“ The presence of all these women law enforcement officers here is evidence of a strong partnership and a shared recognition in the indisputable correlation between women’s empowerment and global peace.” He further added that “during the past few years, our joint efforts have resulted in several accomplishments. These include the development of Pakistan’s National Action Plan to Combat Human Trafficking and Migrant Smuggling (2015-2020), the enactment of TIP and SOM Laws in June 2018. These efforts show our strong commitment to address problems related to human trafficking and migrant smuggling.”

Highlighting the importance of women’s role in policing, Androulla Kaminara, Ambassador of the European Union to the Islamic Republic of Pakistan said, “There are many benefits when women are better represented in law enforcement. In gender-based forms of violence, such as trafficking in persons, the security needs of men and women differ.  Women bring skills that strengthen and improve the police force - and are less likely to resort to force. Women police officers are able to connect with communities on a different level- and their presence can help improve internal team dynamics. I hope to see more women represented in law enforcement to make justice more accessible to a broader spectrum of society”

17 female officers from the Federal Investigation Agency (FIA) and 8 female police officers of the Punjab police will participate in the training. Upon conclusion of the training the participants will understand the differences and connections between TIP and SOM, and will have gained a demonstrable understanding of both, international and national legal frameworks, concerning those crimes. Participants will also understand how human trafficking and migrant smuggling intersect with other crimes, and how other articles of law can be relevant in such cases.  GLO.ACT seeks to address the heavly gendered nature of TIP and SOM through such specialized training and is hopeful that middle and senior managers will be encouraged to ensure that the training participants will be given access to the full range of police duties.

The training is being in strict adherence to  the government COVID-19 guidelines and is made possible with the financial support of the European Union. 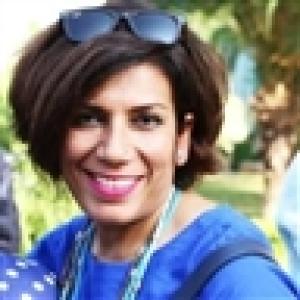