Bangkok (ESCAP News) – The United Nations Economic and Social Commission for Asia and the Pacific (ESCAP), in partnership with the Government of Japan, today launched a new project which aims to reduce the environmental impact of cities in South East Asia by addressing plastic waste pollution in rivers and oceans.

The ‘Closing the Loop’ project will support governments by addressing plastic waste pollution and leakages into the marine environment. To do this, the project will leverage innovative technologies such as remote sensing, satellite and crowdsourced data applications to detect and monitor the sources and pathways of plastic waste entering rivers in urban catchment areas. Four ASEAN cities will pilot the project: Kuala Lumpur, Malaysia; Surabaya, Indonesia; Nakhon Si Thammarat, Thailand and Da Nang, Viet Nam.

“Cities are on the front line in addressing plastic waste in ASEAN, which is the world’s most polluting region when it comes to ocean plastics. The proliferation of plastic pollution in our oceans is a serious climate change hazard, and thanks to the strong support of the Government of Japan, this innovative new project comes at a timely moment to accelerate action on the issue,” said United Nations Under-Secretary-General and Executive Secretary of ESCAP Ms. Armida Salsiah Alisjahbana.

The project will produce plastic waste maps and simulations for each pilot city and will train officials and stakeholders in ASEAN cities to use smart technologies to monitor, assess, report on and sustainably manage plastic waste as well as further strengthen municipal solid waste management systems. Urban policy makers will also be provided the tools and knowhow to develop policy and investment strategies which apply a circular economy approach in managing their plastic waste streams.

The need for regional cooperation to address this critical issue was recognized by Japanese Prime Minister Shinzo Abe in his statement following the G20 Osaka Summit: “Marine plastic litter is another issue which cannot be resolved by some countries alone. Under such circumstances, the fact that the G20 was able to unite and share the Osaka Blue Ocean Vision, which aims to reduce additional pollution by marine plastic litter to zero by 2050, represents a major step forward towards resolving this issue.”

The ‘Closing the Loop’ project supports local implementation of the ASEAN Framework of Action on Marine Debris and the G20 Osaka Blue Vision to tackle the proliferation of plastic litter, both of which accelerate action towards the achievement of Sustainable Development Goals 11 (Sustainable Cities and Communities), 12 (Responsible Consumption and Production) and 14 (Life Below Water).

This ESCAP - Japan initiative is implemented in close collaboration with local and national governments in South East Asia, ASEAN, the Institute for Global Environmental Strategies (IGES) and other partners.

The webinar on “Press Freedom and Journalism During Crisis” was held on May 5, 2020, in partnership with the European Union Delegation to Pakistan, Embassy of the Kingdom of the Netherlands, Embassy of Sweden in Pakistan and Media Matters for Democracy. The webinar was attended by more than 50 participants from civil society, media professionals, academia, international organizations and diplomatic missions.

During the Covid19 pandemic, as well as other situations of crisis, it is critical for people to be informed with facts to make well-informed decisions, to avoid patterns of paranoia, fear, and negatively stigmatising others.  Noting this, the UN Secretary General António Guterres has called for “countering the scourge of misinformation - a poison putting more lives at risk.”[1] Taking stock of the situation the webinar explored the crucial role of media in providing credible information, addressing misinformation, and the subsequent emerging challenges faced by journalists in fulfilling their tasks.

Patricia McPhillips, UNESCO Representative Pakistan, welcomed the participants and emphasised that, “A free and independent press is essential at all times, but is particularly important during a health and economic crisis such as the one we are currently experiencing”. Ambassador of the European Union Delegation to Pakistan Ms. Androulla Kaminara reiterated that, “Journalists are essential workers, especially during the Covid19 crisis: They provide the information that people need to act responsibly and appropriately to stay safe. They stimulate the public debate about the best way to address challenges and provide accountability that is crucial for any democratic society”.

In his concluding remarks, Ambassador of Netherlands to Pakistan Mr. Wouter Plomp stated, “In these times of COVID-19 crisis, journalists have the vital task of disseminating reliable information, keeping people informed and holding governments accountable. To recognise the importance of a free press, I would like to say to journalists that you are here to protect our freedoms. It’s our duty to protect yours”.

Download the full report here NEW YORK, 5 May 2020 – An estimated 19 million children, more than ever before, were living in displacement within their own countries due to conflict and violence in 2019 – some of them for years, UNICEF said in a new report today.

The report, ‘Lost at Home’, looks at the risks and challenges internally displaced children face, and the urgent actions needed to protect them. As COVID-19 continues to spread around the world, these children are among the most vulnerable to its direct and indirect impacts.

“Millions of displaced children around the world are already going without proper care and protection,” said UNICEF Executive Director Henrietta Fore. “When new crises emerge, like the COVID-19 pandemic, these children are especially vulnerable. It is essential that governments and humanitarian partners work together to keep them safe, healthy, learning and protected.” Internally displaced children lack access to basic services and are at risk of exposure to violence, exploitation, abuse and trafficking, the report says. They are also at risk of child labour, child marriage and family separation which all pose direct threats to their health and safety. The COVID-19 pandemic is making a critical situation for displaced children and families even worse. They often live in overcrowded camps or informal settlements, where access to basic hygiene and health services is limited, and where physical distancing is not possible. These conditions are highly conducive to the spread of diseases like COVID-19.

According to the report, there were 12 million new displacements of children in 2019, 3.8 million of them were caused by conflict and violence, and 8.2 million by disasters linked mostly to weather-related events like flooding and storms. Through the report, UNICEF calls for strategic investments and a united effort from governments, civil society, private sector, humanitarian actors and children themselves to address the child-specific drivers of displacement, especially all forms of violence, exploitation and abuse.

UNICEF also calls on governments convening under the High-Level Panel on Internal Displacement, established by United Nations Secretary-General António Guterres, to take concrete action and investment that will help provide protection and equitable access to services for all internally displaced children and their families.

Critical to delivering on this agenda is better, timely and accessible data and evidence, disaggregated by age and gender, to improve collective understanding of how internal displacement affects children and their families. Internally displaced children and youth themselves must have a seat at the table, be taken seriously and offered the opportunity to be part of the solution, the report says. ###

UNICEF works in some of the world’s toughest places, to reach the world’s most disadvantaged children. Across more than 190 countries and territories, we work for every child, everywhere, to build a better world for everyone. 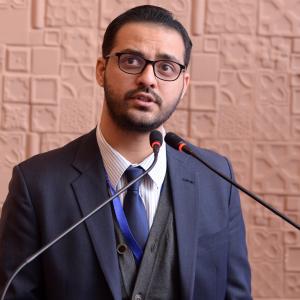 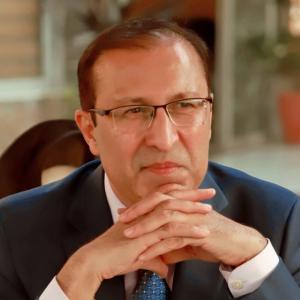