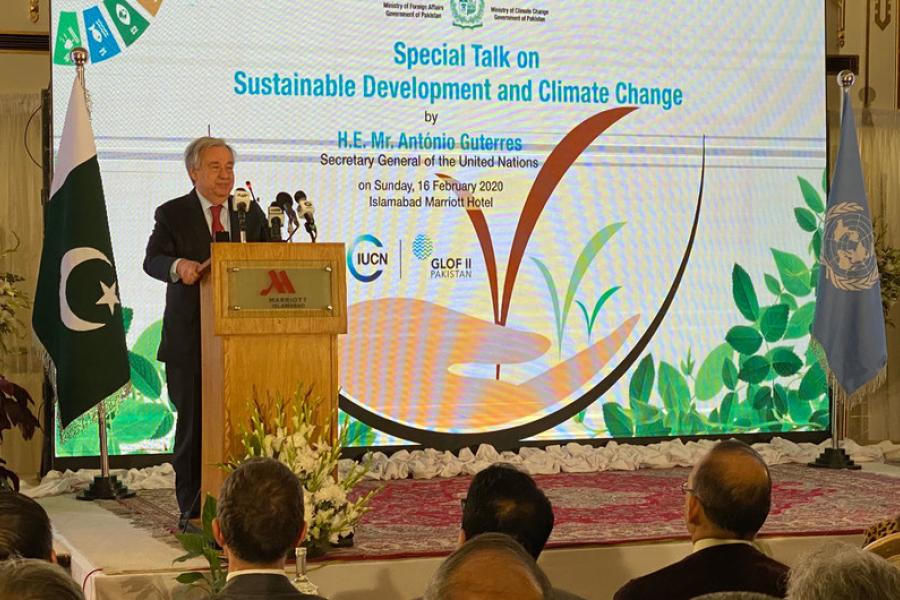 “One of the main purposes of my visit is to spotlight the real Pakistan — with all its possibility and potential,” Mr. Guterres told reporters in Islamabad, the Pakistani capital, alongside Foreign Minister Shah Mehmood Qureshi.

The UN chief started out his day in Islamabad by meeting with refugees from Afghanistan, Yemen and Tajikistan. On Monday, he will speak at an international conference marking 40 years of hosting Afghan refugees in Pakistan and Iran, one of the world’s largest and longest-standing refugee populations.

Organized by the Pakistan Government and the UN refugee agency (UNHCR), the conference will also be addressed by the agency’s chief, Fillipo Grandi. The Secretary-General is also expected to meet with refugees and senior Pakistani officials during the visit.

Speaking to reporters after participating in a tree planting ceremony and delivering an address on climate change and sustainable development, Mr. Guterres said it was time for the world to take a step back and “look at Pakistan through a wider frame.”

Indeed, he said, the role Pakistan had played in sheltering and protecting Afghan refugees with limited international assistance, as well as its support to UN peacekeeping, and its steps to take concrete climate action with the ‘10 Billion Tree Tsunami’ campaign among other initiatives, were vital aspects of the South Asian country’s contribution to the region and the wider international community.

‘Our sustainable future is at stake’, but the battle can be won

In his ‘Special Talk on Sustainable Development and Climate Change’, Mr. Guterres noted that “like other developing countries, Pakistan has contributed little to the problem yet faces disproportionate vulnerability because of it.”

Noting Pakistan’s climate-focused initiatives like the ‘10 Billion Tree Tsunami’ campaign and the Clean and Green Pakistan Movement, he expressed his admiration for the decision to abolish plastic bags in Islamabad and elsewhere in the country.

“Plastic pollution is today one of the central concerns that we have, especially for the protection of our oceans”, said the UN chief, who held up a bag made of fabric, and urged everyone in attendance to use similar ones when the did their shopping.

The answer to the climate crisis is global solidarity backed by global action, said the Secretary-General, adding: “We are in a battle for our lives. But I firmly believe it is a battle that can be won.”

Indeed: “Technology is on our side. We have all the tools and knowledge we need to move from the grey economy to the green economy as it was seen in the slides. We have the Paris Agreement on Climate Change. We have the Sustainable Development Goals (SDGs). 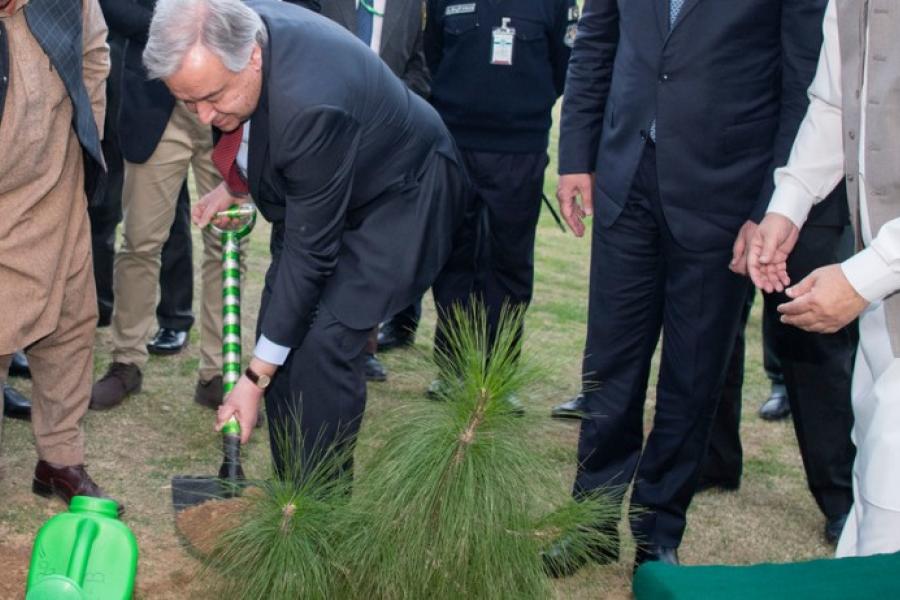 2030 Agenda: ‘Our common vision for the future we want’

As he went on to urge scaled-up action towards achieving the 2030 Agenda for Sustainable Development, Mr. Guterres acknowledged that today’s challenges to sustainable development and human progress do not respect borders. “They are not confined to individual nations,” he explained.

He noted that Pakistan was among the first nations to integrate the SDGs, including through a national poverty alleviation programme – Ehsaas, or compassion, to expand social protection and safety nets and to support human development. A national youth development programme – Kamyab Jawan – seeks to create 10 million jobs for young people in five years.

But “we are off-track globally”, according to the UN chief, especially in the areas of hunger, inequality, biodiversity and climate action.

“Gender inequality – in business, in the home, in schools, in government, in the technology sector – is denying women and girls their rights and opportunities across the world,” he continued and added that vulnerable populations, such as migrants, young people and persons with disabilities, remain at risk of being left behind.

“Our collective efforts are not approaching the scale we need to deliver the SDGs by 2030,” he said, but stressed that the recently launched Decade of Action calls on governments, businesses, civil society and individuals everywhere to combine to create “unstoppable momentum” for the Goals. 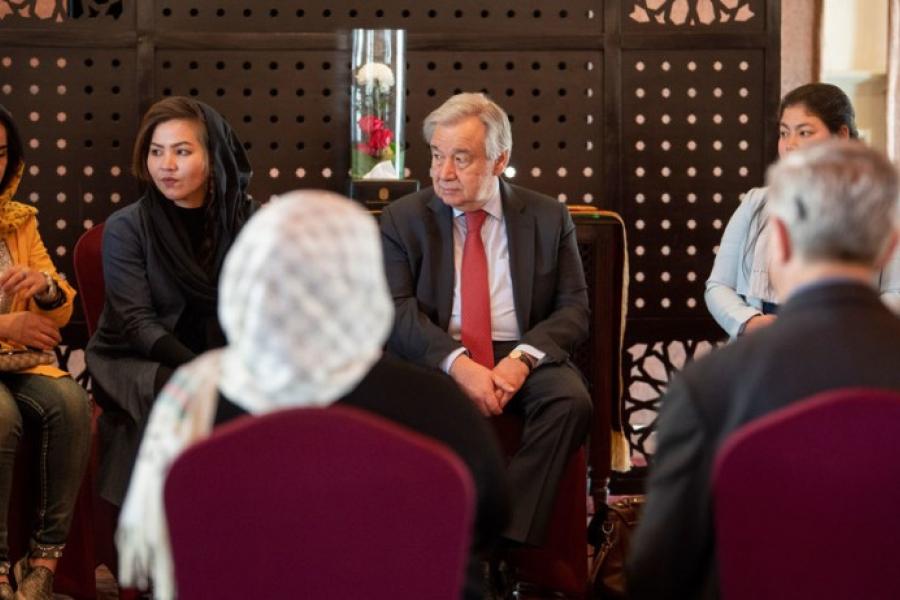 Secretary-General António Guterres (centre) meets with refugees in Islamabad during his official visit to the country. Today, Pakistan is the world’s second largest host of refugees.
Photo | UN Photo/Mark Garten

Earlier on Sunday, the Secretary General and the head of the UN refugee agency, Mr. Grandi, met with three generations of Afghan refugees, listened to their compelling stories and expressed solidarity and compassion with their cause.

Though this marks Mr. Guterres’ first trip to Pakistan in his capacity as UN chief, he noted that he had visited the country many times during his tenure as UN High Commissioner of Refugees. “I gained an enormous admiration for the resilience, courage, determination, generosity and the solidarity of Afghan refugees,” said Mr. Guterres, adding that he had “drawn inspiration from their courage”.

UN News also had an opportunity to meet some of the refugees, who despite their hardships, had been able to help others and to give back to their communities.

Asked what he dream of doing if he took up another job, Mr. Nabi said that he would like to open a factory to manufacture assistive technologies, mobility aids or tools that could ease the everyday lives of persons with disabilities.

A reporter at the joint press conference asked a question about tensions in Jammu and Kashmir and the Secretary General explained that he had offered, from the beginning, his good offices in relation to the situation, noting however that “good offices can only work when accepted by both sides”.

He maintained the UN position that the relevant resolutions of the Security Council on the issue should be implemented and for effective de-escalation, dialogue, and another very important condition: full respect for human rights and [fundamental] freedoms of those in Jammu and Kashmir.

When asked about ceasefire violations in the disputed region, the UN chief mentioned his visit to the UN Military Observer Group in India and Pakistan (UNMOGIP), noting that it “should have full freedom of movement; it has on the Pakistani side – we hope that this will also be achieved on the other side, and we will be strengthening its equipment capacity in order to better be able to implement its mandates”. 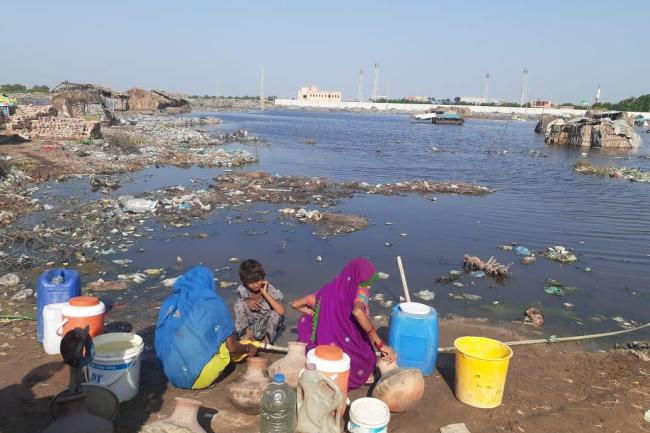 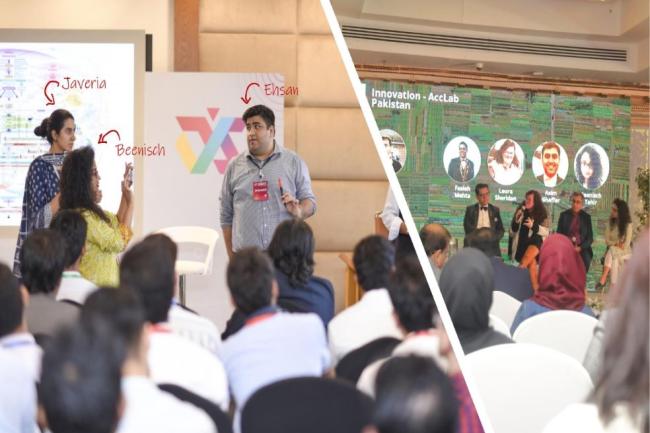 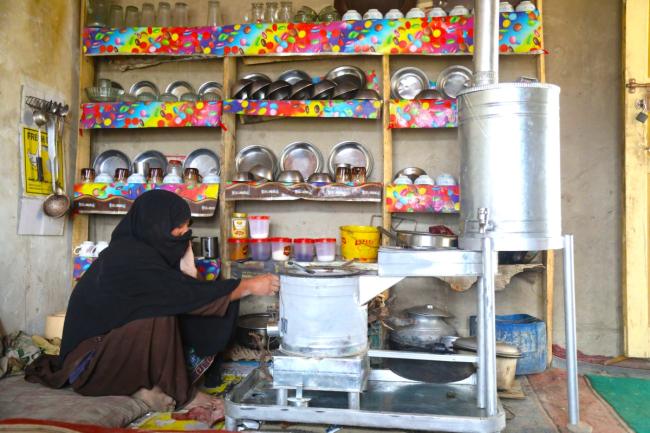 Despite the breathtaking and scenic views, living in the valleys comes with its challenges.