ISLAMABAD/QUETTA: The Food and Agriculture Organization of the United Nations, in collaboration with the Government of Balochistan, and financial support from the Australian Government have assisted farmers from six districts of Balochistan increase the gross yield and value of their agricultural produce under the ‘Australia Balochistan Agribusiness (AusABBA) programme.

Representatives of the Food and Agriculture Organization of the United Nations, the Government of Balochistan and the Australian High Commission held a closing ceremony to celebrate the successful completion and achievements of the Australian Government funded Australia Balochistan Agribusiness Programme - AusABBA , in Quetta. The AusABBA programme during its two phases (Phase I, 2014 - 2017 and Phase II, 2017 - 2020) improved the household incomes for more than 23,000 households in south west Balochistan by working with households to improve water, food and economic security.

The programme was implemented in collaboration with Government of Balochistan, UN agencies and other stakeholders, with the objective of improving the resilience and living conditions of male and female small holder farmers people in the province. The programme has assisted agriculture-based households to adopt sustainable, profitable and diversified agriculture livelihoods that have increased their household income and food and nutrition security. The programme achieved at least a 25% increase in crop yield. The programme has also enhanced the capacities of farming communities to utilize innovative agriculture practices, market their goods, develop and sustain businesses, strengthened supply chains and has connected farmers to markets across Pakistan. The programme worked in specific commodities such as onions, fruit trees, livestock, wool shearing, certified seed production, poultry, dates and household food production.

During this period, the AusABBA ensured that at least 25% of the farmers engaged in the programme were women. This was achieved through the introduction of specific supply chain activities, which are now carried out by women (grading, packaging, seedling production) and by the enhanced development of womens’ Farmer Marketing Collectives (FMCs) and Mutual Marketing Organizations (MMOs). The programme also helped establish 21 MMOs register with the Agriculture Cooperatives Department as cooperatives/legal entities. Registration of these MMOs has helped farmers to upscale their businesses at the national and international level, providing them access to financial facilities from financial institutes such as banks, microfinance institutes.

Speaking on the occasion, FAO Representative a.i. in Pakistan, Ms. Rebekah Bell applauded the efforts of AusABBA and stated that over the course of time and with the support of AusABBA Phases I and II, the programme supported male and female farmers in developing their farming businesses and improving their production yields, while simultaneously working with the agriculture supply and market businesses so as to increase their access to the farmer producers. Additionally, AusABBA provided technical advisory support to the Government of Balochistan for policy reforms in livestock and agriculture sectors, she said.

She further stated that FAO under the AusABBA programme has responded to the increased levels of food insecurity in Balochistan due to Covid19 by initiating a household food production and experiential nutrition education intervention through which families that have pregnant and/or lactating women are trained under Integrated Household Food Systems (IHFS). This activity has provided support to women improve the production of diversified and nutritious food at the household level as well as improving knowledge and practice of good nutrition for women children and the broader household, she added.

The First Secretary Development at Australian High Commission Ms. Nazia Nur, addressing the audience virtually stated that Austalia has been a long standing supporter of Balochistan in livestock and agriculture sector. Our aid programme has strong focus on food security, promoting sustainable and inclusive agriculture and better nutritional outcomes. Australia has a long term commitment to the rural sector through our Centre for Agriculture Research that has been working in Balochistan for several years on water management, efficient irrigation system and diary in Balochistan, she said.

The ceremony was virtually attended by the Australian High Commission officials and programme farmers, as well as by officials from FAO and the Government of Balochistan.

Finally, after thanking the Australian Government for its support to people of Balochistan and congratulating the stakeholders and partners on the conclusion of a successful project, the FAO Head of Provincial Office, Balochistan a.i. Mr. Ahmed Jan Essa, reiterated that AusABBA had been a flagship programme for FAO in Balochistan. The programme was able to attract other donors to invest in Balochistan, with the USAID funded THAzA programme and the EU funded GRASP programme implemented by ITC, replicating and building on the many of the successes of developed in AusABBA. He continued to thank Australia for their commitment to reduce poverty, improve food security and enhance the nutrition status of families in Balochistan and was thankful for the generous contribution of the people of Australia. 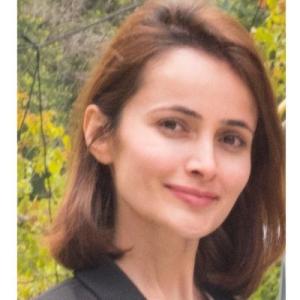